This is just so right on! The “Media” and some politicians are going to be responsible for the upcoming panic and not the facts.

“Health care and housing can no longer be divorced. After all, what’s more fundamental to a person’s well-being than a roof over their head?” Newsom said. “Doctors should be able to write prescriptions for housing the same way they do for insulin and antibiotics. Why not? (1)

Things you learn very quickly about Politicians are as follows:

(2) Shift responsibility to someone else whenever possible.

(3) Blame someone else whenever possible.

(4) Promise everything to everyone.

I’ve met a number of Local, State and Federal politicians during my life and I found out immediately that they almost all are running for re-election. The 5 points listed above (plus others) show how they do it.

(1) The premise that politicians are “Smart”.  Examples are everywhere but the one I shook my head at the most was from L.A. City Council President’s solution to the Typhus problem in L.A. “Deploy an Army of Cats” to deal with the rat problem (2).  Duh! Fleas!

(2) Shift Responsibility. Gavin Newsom trying to get Doctors to take the responsibility for resolving the homeless problem is a good example of this (1).

(3) Blame someone else whenever possible. Gavin Newsom is a perfect example of this, but far from the only example. Bill de Blasio, following Newsom’s lead, blames Trump for what is going on in New York City – It’s not my fault, it’s Trump’s (3). Unfortunately, it’s not just the homeless problem that shares this point. Mayor Jack Young of Baltimore (where I was a police Officer) states the following  ‘I’m not committing the murders’(4) saying that and the other “Leaders” aren’t to blame for what is happening on Baltimore’s Streets. That’s not what all of the “Leadership” training I ever took taught.

(4) Promise everything to everyone.  No examples needed just watch the election campaigns

(5) Stall, stall and stall. The homeless problems in California, Washington State, Austin, Texas and elsewhere, have been discussed in the Media for several years now and yet it continues to be debated, lied about, responsibility shifted and some people getting paid large sums of money (taxpayer money) to resolve issues that never get resolved. Recent examples of the unresolved problem continuing:

As Danny Westneat writes in “The Seattle Times” (8)

“The politics of our homelessness emergency: ‘Extraordinary measures’ that never seem to come” posted 02/22/20

Until we as voters elected people who actually want to get the job done, the homeless crisis will continue and fester

By Joseph A. Wulfsohn | Fox News

Los Angeles City Council President Herb Wesson shows where carpet has been removed from his office due to vermin infestation at City Hall. (Reed Saxon / AP)

(8) The politics of our homelessness emergency: ‘Extraordinary measures’ that never seem to come – posted 02/22/20

One map of the areas suffering from this Outbreak:

On February 3rd, I posted a blog entitled “Worst Desert Locust Outbreak in 25 Years”. Since then the area suffering from this almost biblical plague, has increased dramatically and is showing signs of continuing to spread.  A spread that will only grow as the next generation of the Locust hatch and take flight. As the “East African” states:

Second wave of locust invasion to hit in two months

It does not look good for some of the most food insecure areas of the World and now throw in a World panicing over the Covid19 coronovirus and it does look like it is becoming almost biblical in nature. Add all of the political turmoil and wars in these areas to the mix and we are looking at a disaster.

South China may be invaded by locusts | The Star Online

Still haven’t heard much from our great News Orgamizations about this. Maybe when people start dying….

The one thing I would like to stress is that the Mortality rate (known at this time) for Wuhan (CoviD-19) is LESS than the Mortality for Influenza (Flu) that circles the globe yearly. Do not let the “News” freak you out.

It must be noted that China is not the only place in which bats are or are considered possible “Reservoirs” for diseases – and not just Coronaviruses. Nipah, Ebola, Rabies, Marburg, Menga, Hendra and H.I.V. are just a few of the other diseases known or believed to come from contact with bats or their droppings. China is unique in the SHEER volumn of people living in close proxinity to each other. Wuhan, the supposed starting place of this disease has 19 MILLION inhabitants.  It is the Capital Cityof Hubie Province with a total of 58 MILLION inhabitants. That is a lot of people.

The other consideration is the dietary and sanitation habits of the people in other countries.  Here we tend to eat processed foods more with strict sanitation laws governing how such foods are prepared and displayed – in other parts of the world what is frequently called “Bush Meat” is the only option for food or is considered a special treat. Hence, “Bat Soup” as an example: 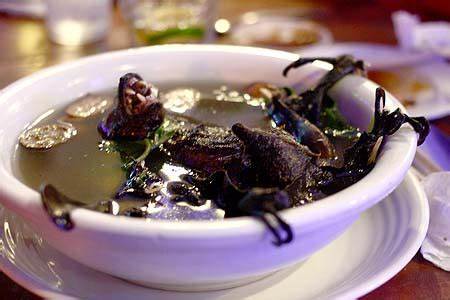 Is bat soup sold in Wuhan market in China behind Coronavirus outbreak? | The Times of India “The latest outbreak – the scope of which is still unfolding – has led to calls inside and outside of China for better regulations or even an end to this kind of culinary adventurism. While turtle and boar meat are not uncommon in Chinese restaurants, game meats such as civet cats, snakes or pangolins tend to be considered specialties only in some regions. Their consumption is driven as much by the desire to flaunt wealth as by a mix of superstition and belief about the health benefits of wildlife.”

“This is where you get new and emerging diseases that the human population has never seen before,” said Kevin J. Olival, a biologist and vice president of research with EcoHealth Alliance, a nonprofit research organisation, who has tracked previous outbreaks.

Above Quotes are from:

One thing you learn when studying these types of diseases is that pinning down the exact “Reservoir” host or mode of transmission of the disease is frequently never precisely found -suspected, but not nailed down precisely. Some examples of this with CoviD-19:

The genome sequence of the novel coronavirus strain separated from pangolins in the study was 99 per cent identical to that from infected people, Xinhua reported.PHOTO: REUTERS

Can the coronavirus spread through bathroom pipes? Experts are investigating in Hong Kong

Another major consideration of the current pandemic is how much this is going to cost economically in the long run.  Yes, the human toll is going be significant just from the sheer number of those who will get ill. The baseline for Wuhan seems to be between 2-5% mortality rate, lower than the yearly flu mortality rate,  but with no vaccine and a high infectious rate, the numbers could be staggering. Economically, this could be the starting point of a world-wide depression.

South Korea ‘all out’ to contain virus outbreak, vows to stabilize market – Reuters

Just a few of the financial headlined

Next, I would like to mention the growing “Conspiracy” Theories spreading all over the place. Almost from Day One of the outbreak these theories appeared.  The first one I heard was from Anti-vaccine activists claiming it was all a hoax to force people to get an already existing Vaccine for Wuhan disease. Bill and Melinda Gates and their Foundation, which stresses vaccines, were involved in it.

Now, it was a pathogen that “escaped” from a Bioweapons lab in Wuhan”

The Big Wobble : Coronavirus: Day 40: Feb 8th: White House To Investigate Whether 2019-nCoV Was Bio-Engineered: China to round-up ALL suspected coronavirus patients and put them in quarantine camps: ‘Wartime conditions’

As you can see, people tend to believe the worst of dictatorships. Add te fact that Westerners really have a hard time understanding not only the mindset of the Chinese Government, but also of individual Chinese Citizens and problems are going to occur.

I remember the “incident” in the private pond in Gambrill, Maryland. Someone from Asia, thinking they had medicinal powers to heal the sick, got their hands on some Snakehead Fish.  Their plan was to feed their sick relative Snakehead Soup (remember Bat Soup from above?) to treat the illness. The relative recovered before they made the soup, so they released the Non-Native Preditory Fish into a private pond where it thrived. The State of Maryland wound up poisoning the pond to kill everything in it – they were that afraid of Snakeheads getting into Maryland Waters. It killed the pond, but the Snakeheads still got into the ecosystem.

The package of pet food from
China consisted of tiny dead birds.

BABY BIRDS FROM WHO KNOWS WHERE!

Everyone please keep calm about Wuhan (CoviD-19) coronavirus. This IS NOT the pandemic that’s going to kill everyone.  As with everything, the “Press” and governments are making it into a crisis for their own needs and not ours.